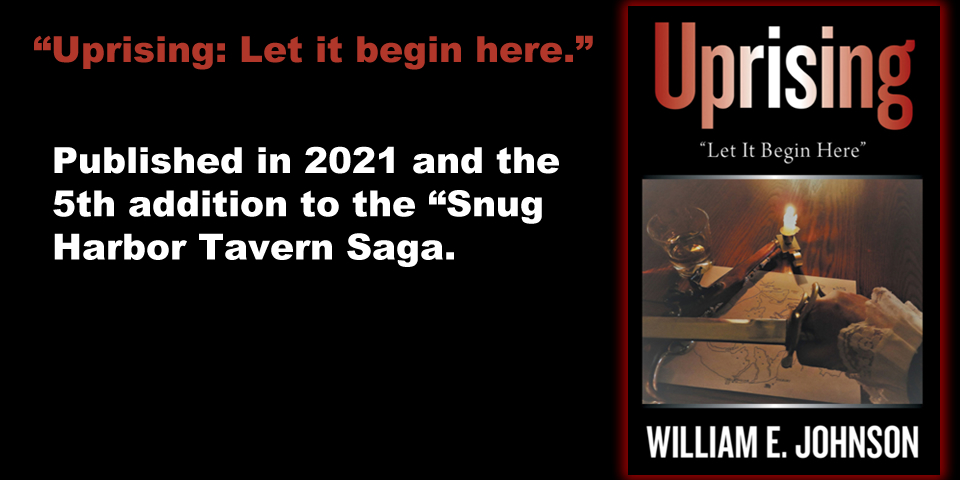 Beginning with the first shot at Lexington, you are transported through time to witness the tragedies of Concord and the battle on April 19, 1775. The ensuing drama of the siege of Boston and the meeting of the Second Continental Congress in Philadelphia place you once again at the table with John Hancock and Sam Adams. The cast of spies, strumpets and soldiers once again bring history to life. 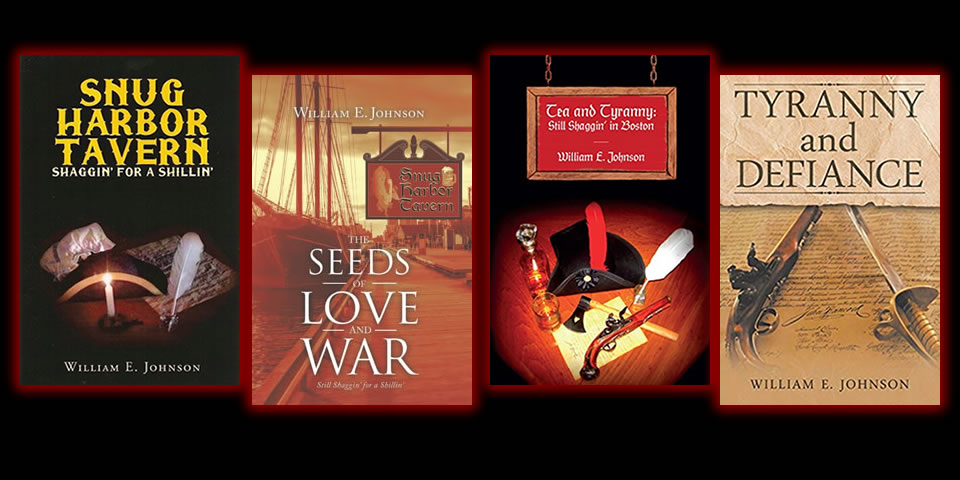 The Novels authored by William E. Johnson include, "Snug Harbor Tavern," "The Seeds of Love...and War," "Tea and Tyranny" and "Tyranny and Defiance."
Novels Page 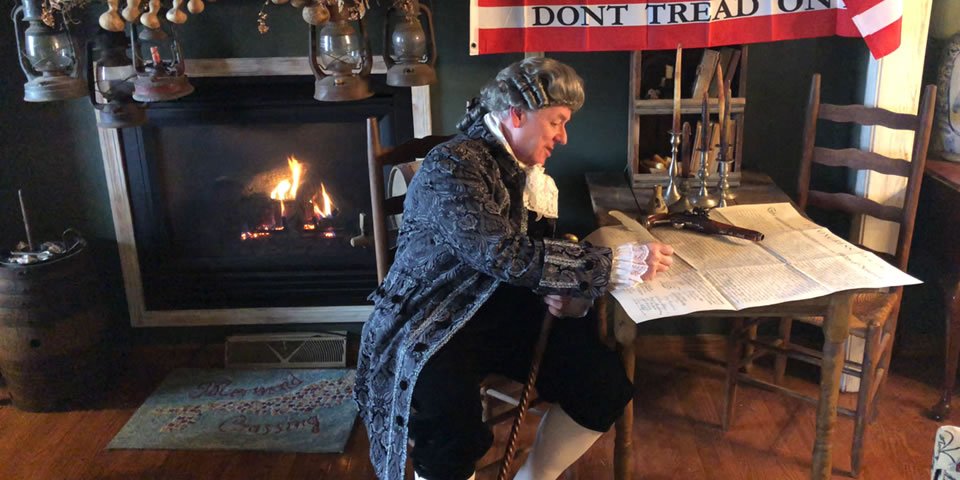 The reenactment, by William E. Johnson, of John Hancock signing the Declaration of Independence on August 2, 1776.
Reenactor Page 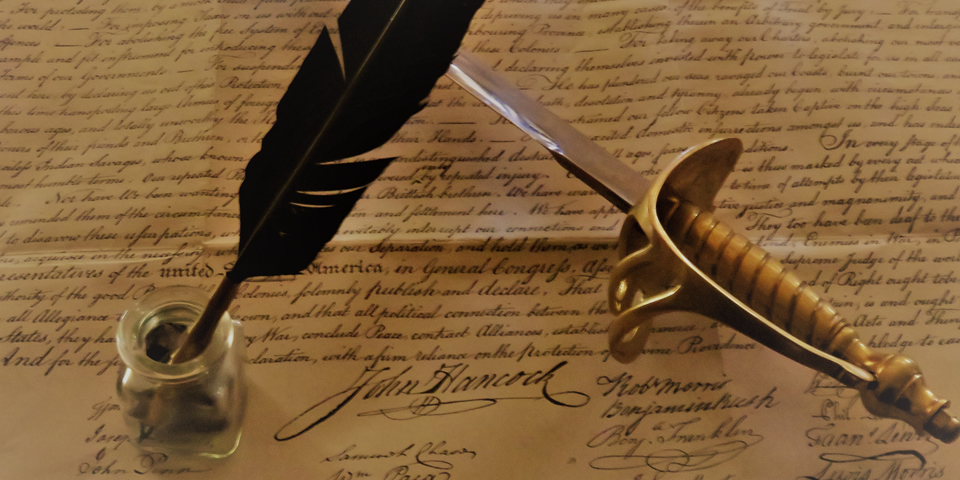 "The Snug Harbor Tavern series will continue with Volume Six where General Washington becomes Commander in Chief of the Continental Army and John Hancock signs the Declaration of Independence. The candlemakers, bartenders, trollops, soldiers, and spies will make history as the colonies give birth to the United States of America."

The Photo Gallery above depicts several key moments of the 1776 era.